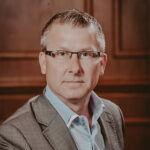 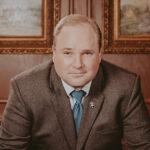 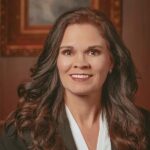 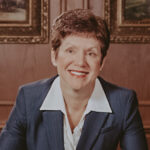 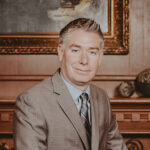 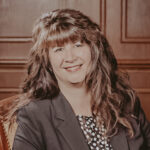 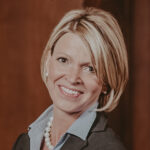 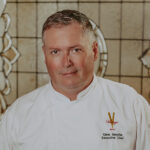 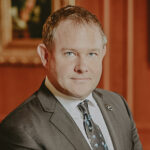 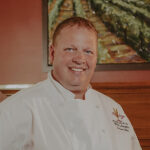 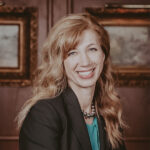 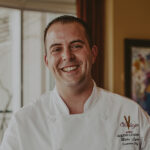 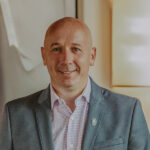 GM, Inn On The Twenty 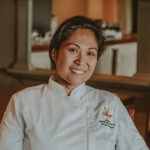 Executive Chef, Inn On The Twenty 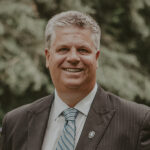 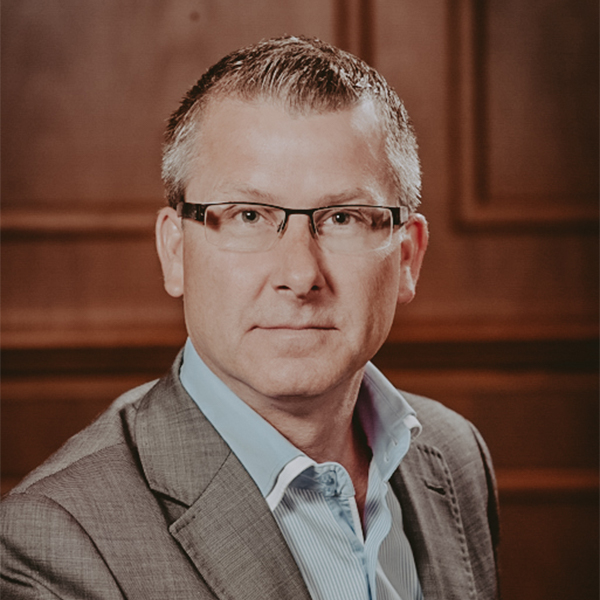 Appointed CEO of Lais Hotel Properties Limited (including Vintage Hotels and Niagara’s Finest Hotels) in 2009, Bob Jackson has more than 25 years experience in hotel management and executive leadership. Bob’s first position with Lais Hotels was as General Manager of the Prince of Wales in 2004, where he concurrently directed Sales and Marketing for the entire group. He also assumed responsibility as General Manager of Queen’s Landing in 2005. In 2007, Bob was appointed to Vice President of Operations and Co-Managing Director for the group.

Bob began his career in Toronto, where he grew through the hotel ranks in progressively senior positions before relocating to Niagara Falls. He then spent 7 years in executive positions with Canadian Niagara Hotels Inc., before making the jump to Lais Hotel Properties Limited. Bob is a graduate of the University of Windsor and the Cornell Hotel School Professional Development Program. He also served as Chair of the Niagara College Foundation Board. 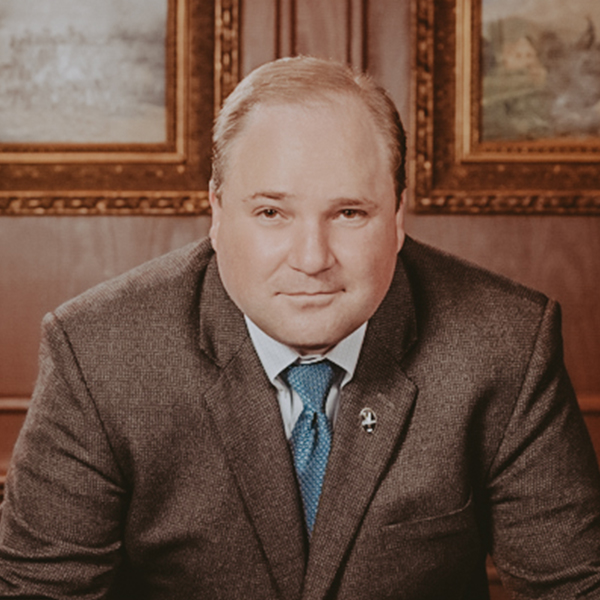 In 2010, Carlo Robazza joined our team as Director of Finance for Lais Hotel Properties Limited and the newly formed Vintage Hotels Management and Development Group. In this strategic role, Carlo has taken on the responsibility for the finance function which also includes IT and Purchasing. In 2012, Carlo was promoted to Vice President of Finance for the parent company Lais Hotel Properties Limited. In 2015, Carlo was promoted to Chief Financial Officer.

Carlo is a graduate of the University of Guelph, earned his CMA in 2001 and later his CPA in 2014. Carlo has over 20 years of management experience in both operations and finance in the Hospitality industry. 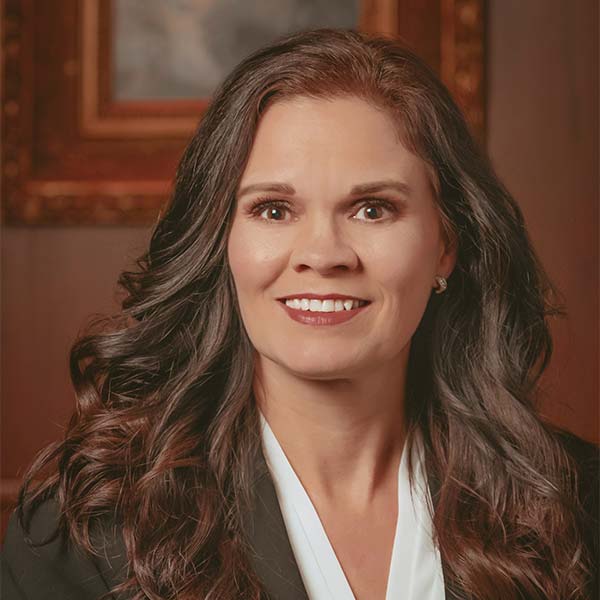 Dianna is a graduate of the Business Administration-Human Resources Management program at Niagara
College and a member of the Human Resources Professionals Association of Ontario holding CHRL & CHRP designations.

Dianna currently sits on the board of directors for Big Brothers Big Sisters, a committee member for WSPS Tourism & Hospitality Advisory and Association Chair of the Hospitality Human Resources Professionals of Niagara from 2009-2017.

Dianna is passionate about fostering and empowering positive relationships and cultivating opportunity
for growth. 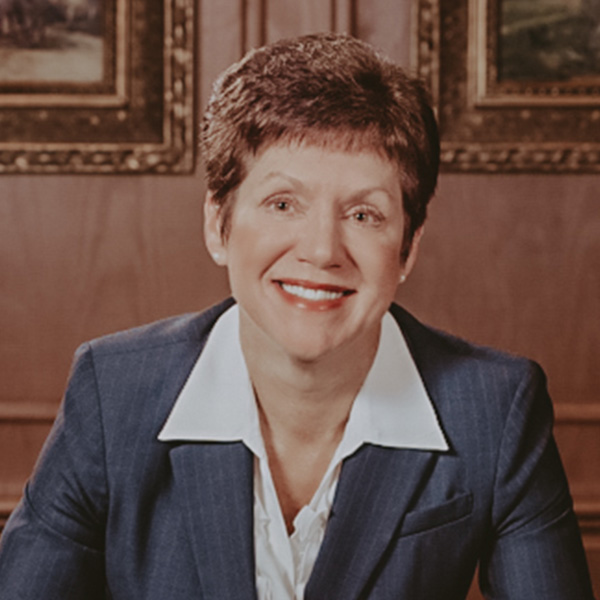 In July 2008, April Brunet joined Lais Hotel Properties Limited as Director of Sales, bringing a wealth of experience in both Sales and Marketing. Ms. Brunet graduated from Niagara College, where she later taught the Tourism program and swiftly developed a reputation for success in sales. Her expertise soon grew to include Marketing as well as Operations. In 2009, she was promoted to V.P. of Sales and Marketing.

April held dual roles as Director of Sales & Marketing and Director of Operations at various hotels in Niagara Falls, Ontario before joining the company. April currently sits on the board of directors for the Tourism partnership of Niagara, Twenty Valley Tourism Association and has held the following positions; second Vice President of Niagara-on-the-Lake Tourism, and is a former board member for key charitable organizations in the Niagara region. 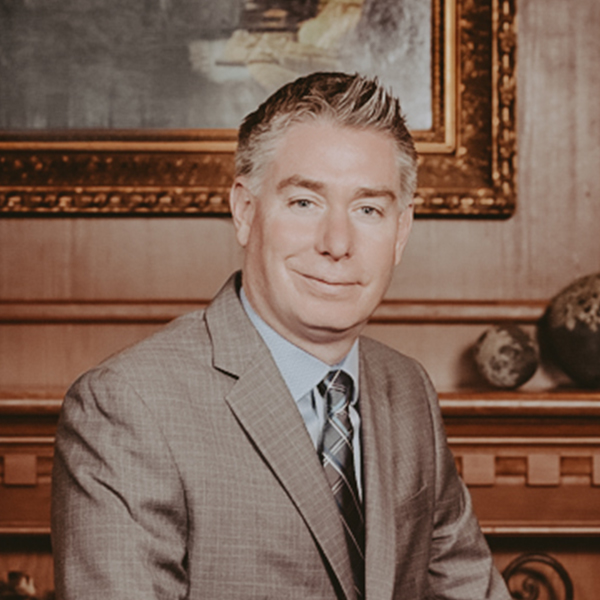 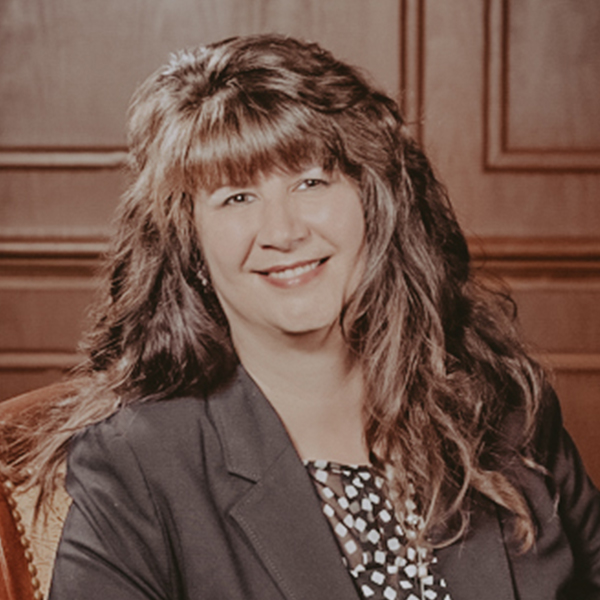 Michelle began her career with Lais Hotel Properties Limited in 1990. She has progressively advanced throughout the years to her position in 2006 as General Manager of the Prince of Wales Hotel and Moffat Inn, where her responsibilities encompassed all aspects of hotel operations. Michelle has proven to be a strong leader with great vision. It is her expertise, knowledge, and passion for the growth of strategic revenue that has led her to her current position of Corporate Director of Revenue.

Michelle is a graduate of Niagara College’s Restaurant and Cornell University’s General Manager’s Program. Michelle also fulfills the role as Board President and campaign liaison with one of our key charities, Big Brothers Big Sisters. 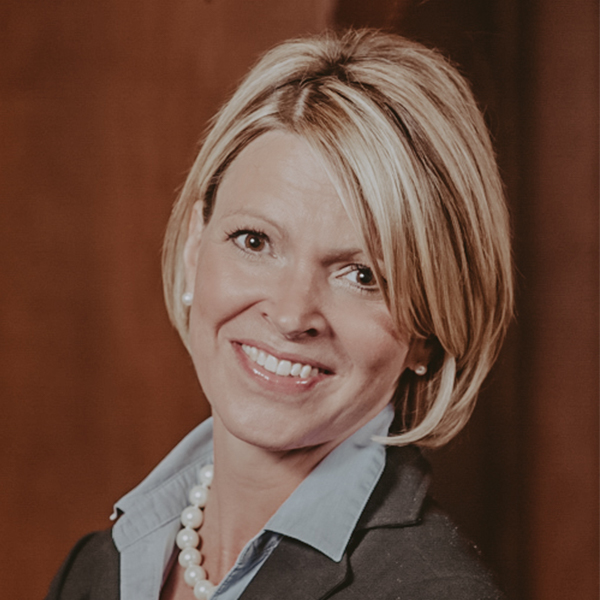 Kelly Exelby brings more than 10 years of industry experience in the high-end hospitality sector. Kelly commenced her career with Vintage Hotels as Senior Manager of Spa Operations in 2008, and under her leadership the spa was ranked as Number 1 Spa in North America.

Prior to commencing employment with Vintage Hotels, Kelly owned and operated “White on White” a very successful high-end boutique concept retail store in St. Catharines where she achieved many accolades including “Entrepreneur of the Year”. “White on White” was featured in House & Home and Style at the Home magazines and Kelly also made appearances on House & Home with Lynda Reeves on HGTV. Previous to that, Kelly was the Assistant General Manager of Sheraton on the Falls, a 700-room, Four-Diamond Hotel in Niagara Falls. In that role, Kelly was integral in leading the hotel’s construction and renovations from a 370-room property to a 700-room property, as well converting the hotel into a Sheraton brand. 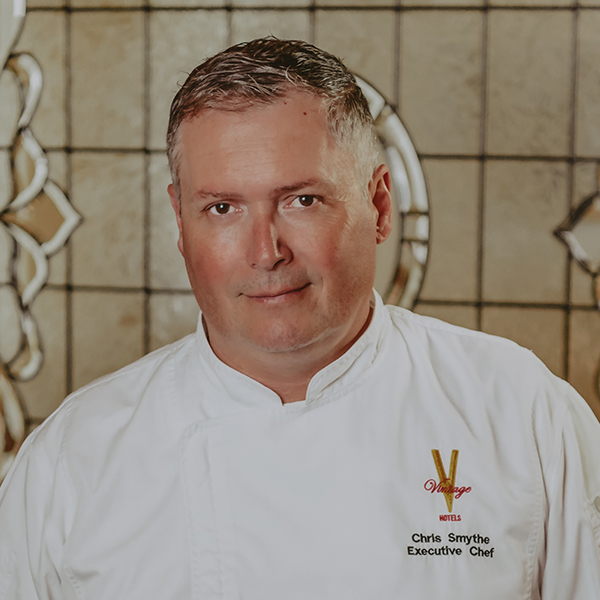 Chef Chris Smythe was born and raised in Niagara. His culinary journey began as an apprentice at the Prince of Wales Hotel. When Smythe was promoted to Executive Sous Chef of Pillar and Post his combined passion for success and his ability to mentor upcoming chefs moved him into an executive role in the kitchen. He later assumed the role as Executive Chef of Riverbend Inn & Vineyard, where he took Farm to Table Cuisine to new heights!

Venturing into his role as a restaurateur, Chef Smythe opened The Spotted Calf Bistro in February 2009. While he embraced the challenge of entrepreneurship, he found he missed the high paced environment of a larger corporate operation. Chris returned to Vintage Hotels in 2010 and soon was appointed Chef de Cuisine at Queen’s Landing. In September of 2011, Chef Smythe was promoted to Executive Chef at Prince of Wales’ Noble Restaurant, having come full circle. 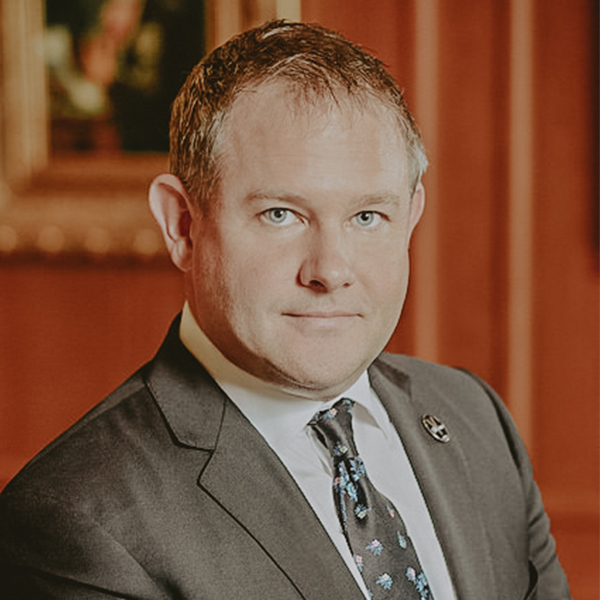 With over 20 years in the luxury hotel and restaurant industry, Ryan brings with him a wealth of experience in providing world-class customer service. Ryan’s previous management and director roles garnished many accolades including: Condé Nast Traveler – Top 30 Hotels in Canada, TripAdvisor.com – #1 Hotel in Canada, Ontario’s Finest Inns, Hotels, and Spas – #1 Hotel in Ontario, CAA/AAA 4-Diamond Award, and Company of the Year – NOTL Chamber of Commerce. Ryan has also sat on numerous industry and community boards, most recently joining the advisory board of directors for Hotelier Magazine, the largest hospitality trade magazine in Canada. He attributes his success to great mentorship, building strong teams, and a commitment to exceeding all expectations in customer service. 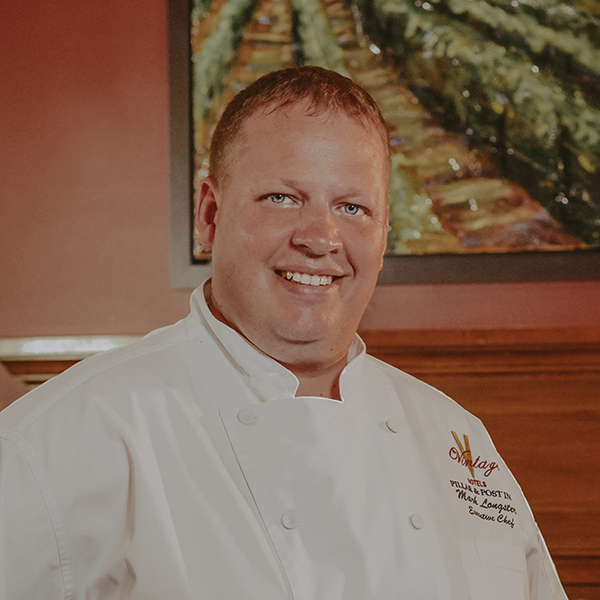 Chef Mark was ‘Born to Cook’. With both parents leading remarkable culinary careers, his path to culinary was destined. Mark’s apprenticeship began under a Austrian Chef at ‘Roland’s Steak House’ in Peterborough. Looking for a finer culinary, Mark continued his apprenticeship at Queen’s Landing.

In 1994 after graduating from Niagara College he became the youngest Certified Chef in the Niagara Region. At age 20 he made his first foray into kitchen management as Chef of the Moffat Inn. After a few years at the Moffat, Mark’s passion for fine dining drew him to Pillar and Post. Over the course of sixteen years, Mark rose to the position of Chef de Cuisine gaining expertise in all culinary departments of Vintage Hotels. In 2013, Mark was promoted to Executive Chef. 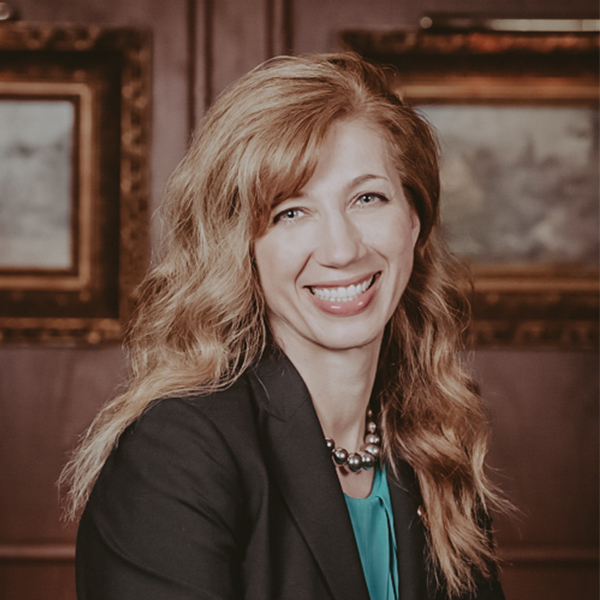 Although European-born, Lily Kszan has called Niagara home since childhood. An early interest in hospitality led to her studies in Hotel and Restaurant Management, after which she held her first management position as Restaurant Supervisor at the Minolta Tower in Niagara Falls. Lily spent the following 12 years furthering her hospitality experience in a number of progressive management roles with Canadian Niagara Hotels. 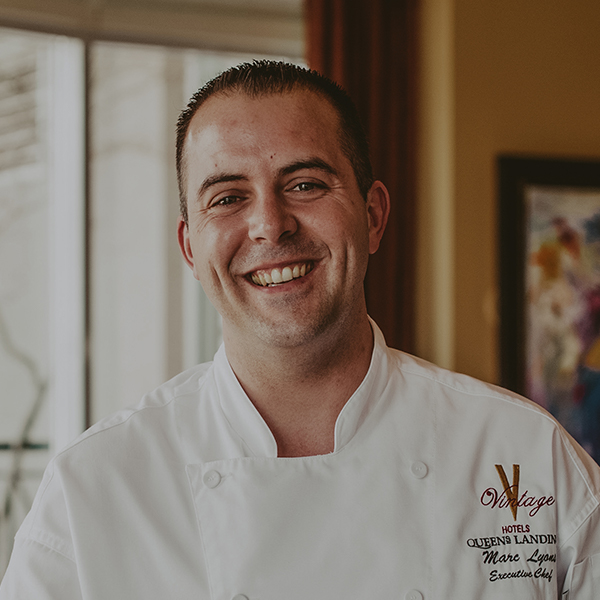 Executive Chef Marc Lyons embodies what it is to be a successful culinary master. Upon graduating from Niagara College, Marc began his career at Rinderlines at The Forner House, one of the Top 50 restaurants in Canada, before joining the team at The Oban Inn in 2000. His high energy and amazing ability to service large volumes of guests at a high level of culinary excellence brought the standards of the team to a new high. In 2012, Marc transferred to Noble Restaurant to lend his expertise to the high end menus offered there. Marc was recently promoted to Executive Chef at Queen’s Landing Hotel. Marc’s vision is to use local ingredients whenever possible with classical cooking techniques that incorporate an Asian flair. 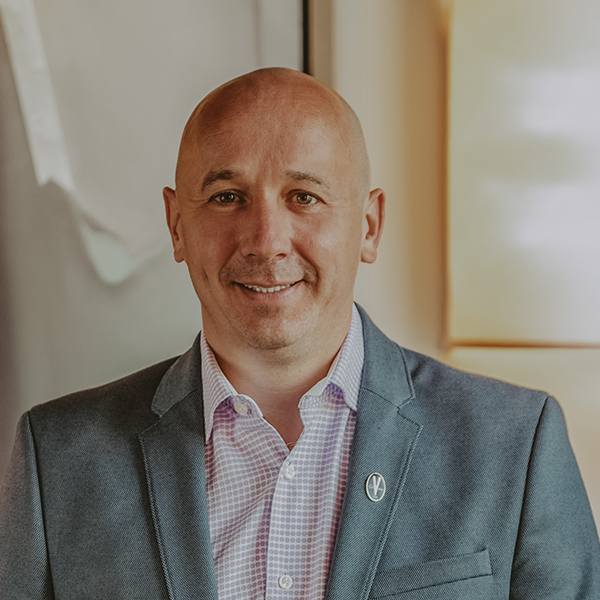 GM, Inn On The Twenty

Christophe Hermez’s Food and Beverage career spans over 25 years and several countries. Born and raised in Arras, France, Christophe’s first culinary exposure was in a 3-star Michelin restaurant and from there he knew where he wanted his career to go. Christophe enrolled in the Hotel Management School Champagne-Ardenne in Chalons, France and graduated in 1989. After graduating, he worked as a Maitre d’hotel in some of the finest restaurants in France, Wales and Belgium. 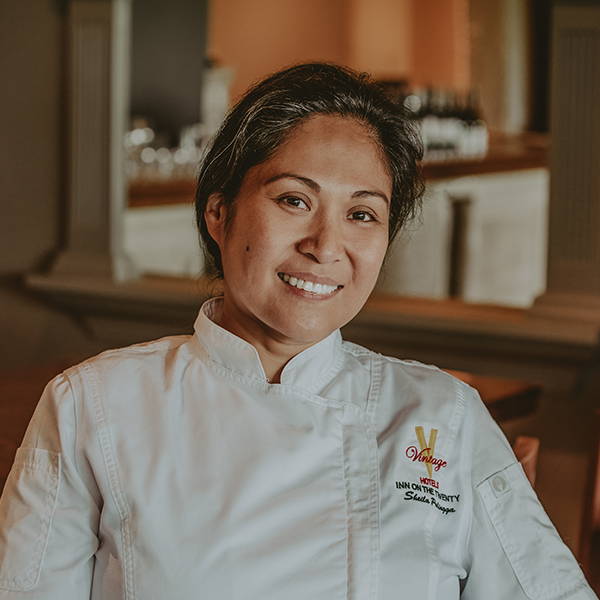 Executive Chef, Inn On The Twenty

We are so proud to have one of Niagara’s best chef’s leading our culinary team. Chef Polingga grew up in Laguna, Philippines and has always loved cuisine and travel. Her formal culinary education began in Canada in 2011 (1998 in the Philippines) and she joined our team shortly after graduating. Her creativity and inspiring work ethic were quickly noticed, and Chef Polingga moved her way up the culinary ladder. In 2016, she was promoted to Executive Sous-Chef where she spearheaded the successful expansion of our catering department. After gaining valuable experience and contributing to the success of the world class cuisine that we have become known for, Chef Polingga earned her place as the Executive Chef in late 2018. 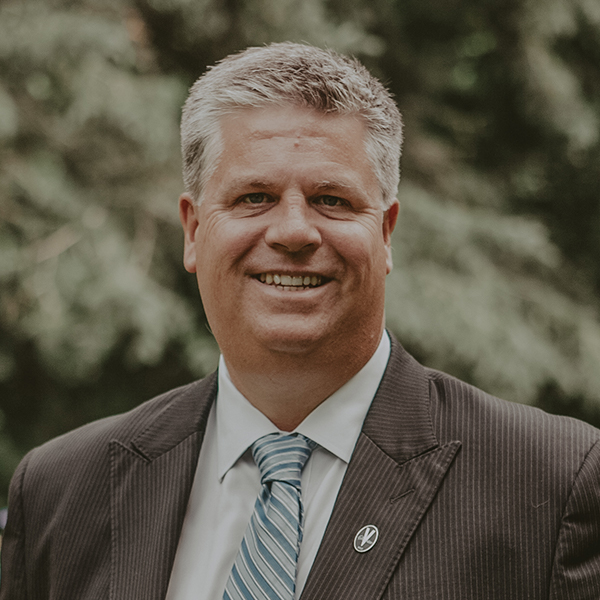 Bill Cutt joined the Vintage Hotel team in July of 2011, as the Innkeeper at the Millcroft Inn & Spa. While originally hailing from the South of Mississauga, Bill has spent the past 20 years in the hotel industry in Banff, Alberta.

Prior to his return to Ontario, Bill was the General Manager of the Sunshine Mountain Lodge in Banff, and prior to that enjoyed time with Canadian Mountain Holidays, the Relais & Chateaux Post Hotel & Spa as well as the Fairmont’s Banff Springs Hotel. With over 20 years of experience in the hospitality industry he is a hands-on, fully engaged leader with a passion for hospitality excellence.